End of term is fast approaching and the library looks forward to welcoming back the therapy dogs of St. PAWs. The club, founded by sixth formers Hunt Hobbs, Ruth Covo and Haley Fuller, is a wonderful group of certified dogs and dog owners who offer respite to our hard working students as exams loom. I had a chance to catch up with Hunt and asked him how they got this club off the ground and what his hopes are for it once he graduates this spring. 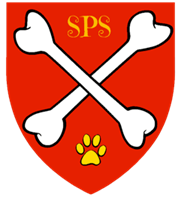 What inspired you to start St. PAWS?

In the fall of my third form year, I looked at the list of clubs on the website and didn’t see a dog club, which was disappointing. I wanted to start a dog appreciation society, but didn’t know how to go about doing that. I was also hesitant to start the club as a third former. It wasn’t until Challenge Day that I met Ms. Whalen, who I soon realized was also a dog lover. She described to me the concept of a therapy dog and told me there were a few on campus. She said she had always wanted to have a therapy dog club on campus, and she gave me the support and confidence that I needed to start St. Paws later that day.

Who has supported you in this project?

I would like to thank Haley Fuller and Ruthie Covo, two enthusiastic dog lovers who have been there since the beginning. They’ve seen the club grow from nothing into what it is today. I’d also like to thank Emily Mitchell and Willa King, who stepped in this year and were a great help at all the events. These students have helped St. Paws become the great success that it is today.

The St. Paul’s library staff, especially Ms. Kittler and Ms. Ludwig, have been very supportive as well. They kindly hold several St. Paws events in the library each year.

The SPCA, especially the head volunteer coordinator Justin Nadolski, has been supportive of St. Paws, and they are nice to bring their puppies and dogs to the chapel lawn for students to pet.

We couldn’t have done it though without the therapy dog owners on campus: Rev. Spencer (faculty advisor for St. Paws), Ms. Daniels, and Mr. Gray. They bring their dogs to the library during exams and midterms for students to take a study break and allow faculty children to read to their dogs in the St. Paws reading program. They walk around the dormitories and sports games with their dogs too. They provide great support and serve as the backbone of our club.

Most importantly, the three campus therapy dogs, Henry, Duncan, and Jake. They have done a great job and everybody loves them. St. Paws wouldn’t exist without them.

Do you have plans for St. PAWS beyond SPS? 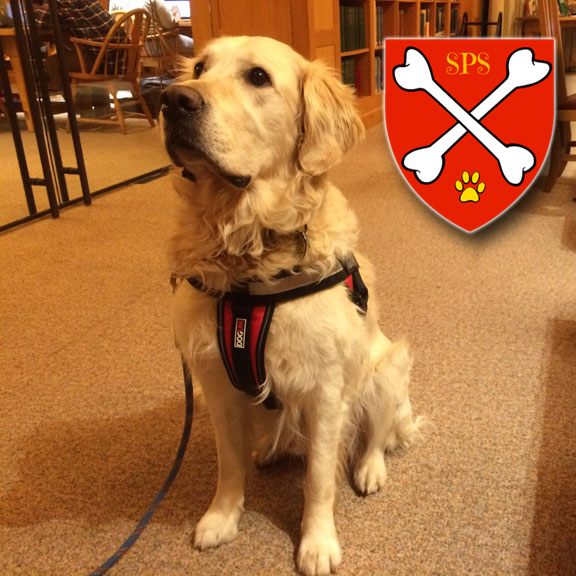 This upcoming year, I’m going to be focused on finding junior heads, so that once I graduate the club can survive and keep serving St. Paul’s and the surrounding community. We’re going to be focused on forming the relationship with the hospital and nursing homes across the street so that local anxious, sick, and injured people can receive pet therapy.

Once I graduate and go to college, I want to either join an existing therapy dog club or recreate something similar to St. Paws.

Are you a dog lover? Tell me about your dog or dogs who have touched your life.

I’ve always enjoyed hanging out with dogs. At my old school, we had a school dog named Cisco who pretty much served as a therapy dog for the kids. The dog owner happened to be my homeroom leader, so every morning I was able to pet and hang out with Cisco, which was really fun.

Two summers ago, I made my own neighborhood dog walking business, called St. Paws Critter Care, so I’ve enjoyed walking dogs around the neighborhood during my breaks. From my business proceeds, I donated over $5000 over the past two summers and plan to donate more to help the dogs at the Concord SPCA, who I enjoy walking throughout the school year.

My favorite dog in the world though is my family’s Llewellin Setter, Joe.

How are the therapy dogs different from a family pet?

Therapy dogs are usually more relaxed, and they don’t jump on you or bark. Many are trained to help people with PTSD, so they need to be calm.

What challenges have you faced setting up St. Paws?

After my third form year, Ms. Whalen left St. Paul’s, so it was really hard getting St. Paws off the ground. It was relatively easy to meet the therapy dog owners and set up pet therapy sessions in the library because they and the library staff were very supportive. That’s the only thing St. Paws did though for most of my fourth form year because it took a while to form the great relationship that we have today with the SPCA. It started off with just a few kids going over there to volunteer, but after they realized that we meant business, they became very supportive of our club and set up dog walking certification courses exclusively for St. Paul’s students, which was a big help. Now we have dozens of kids who are going over there regularly to walk and take care of the dogs. The relationship between the SPCA and St. Paul’s has become so good that they want our club to lead the annual “Walk for the Dogs” in Concord this fall, which is exciting.

How do you plan to address naysayers?

I’ve never heard anybody speak out against St. Paws. The club helps students deal with exam stress and faculty children learn how to read. We are hoping to help the people at the hospital and nursing homes across the street. We are also helping the dogs at the SPCA, who are often abandoned and need to be trained for adoption. St. Paws is benefiting everybody, and I think the only people who might not like the club are people who don’t like dogs. Even then, they can still join and volunteer at the SPCA by helping other animals like cats and bunnies. The student body seems to love the club. This year, about 31% of students signed up for St. Paws by paper and pen. It’s pretty hard not to like dogs.

Thank you Hunt for your insight and for bringing such a great program to St. Paul’s.