Happy New Year! Escape the chilly weather and stay inside to curl up with some of our great new fiction titles! 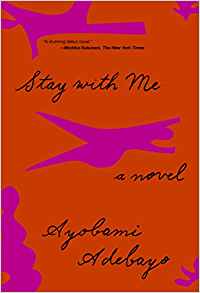 Stay With Me– By Ayobami Adebayo

“Powerfully magnetic and heartbreaking…At once, a gothic parable about pride and betrayal; a thoroughly contemporary — and deeply moving — portrait of a marriage; and a novel, in the lineage of great works by Chinua Achebe and Chimamanda Ngozi Adichie… Adebayo is an exceptional storyteller. She writes not just with extraordinary grace but with genuine wisdom about love and loss and the possibility of redemption.”- Michiko Kakutani, The New York Times 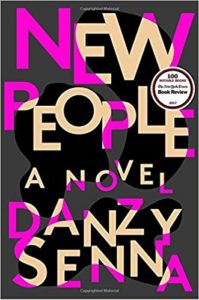 “In “New People,” her captivating and incisive fifth book, Danzy Senna has crafted a tragicomic novel that powerfully conjures the sense of optimism once associated with future racial transcendence, even as it grounds that idealism in a present that bears more than just a family resemblance to the racialized past… Inventive, sharp-witted and frequently hilarious.- Alexandra Kleeman, New York Times book review 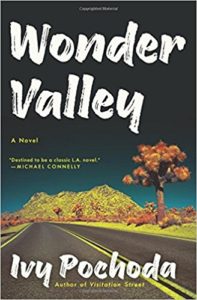 “It’s a dizzying, kaleidoscopic thriller that refuses to let readers look away from the dark side of Southern California… Fairly or not, literary thrillers live or die by their endings, and the last pages of “Wonder Valley” are unexpected and pitch-perfect… Pochoda has a real gift for pacing, and she’s a remarkably psychologically astute writer. It’s a gorgeous portrayal of, as one character puts it, “the place to be when you don’t belong anywhere else, when you’ve done things that make the straight world an impossible place to live.” –Michael Schaub, LA Times 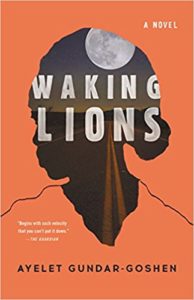 “ Part psychological thriller, part morality play — takes readers through the wilderness of the Negev desert and its underworld of Israeli drug dealers, Bedouin gangs and desperate refugees. Gundar-Goshen has said that she believes the writer’s job is to force readers to look at what they’d usually avoid. Not short on discomfiting scenes, “Waking Lions” offers a commentary on privilege and otherness, challenging readers to confront their own blind spots and preconceptions.” –Ayelet Tsabari, New York Times Book Review. 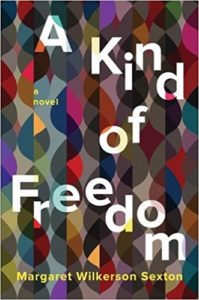 A Kind of Freedom– By Margaret Wilkerson Sexton

“Luminous and remarkably assured… a writer of uncommon nerve and talent. Whether writing of black girlhood, the quotidian fears and hopes of mothering, or the lure of street life, she places her characters in the path of momentous choices while making it clear they have little to hope for. A Kind of Freedom” attends to the marks left on a family where its links have been bruised and sometimes broken, but dwells on the endurance and not the damage. The force of this naturalistic vision is disquieting; it is also moving.” –Jesse McCarthy, New York Times Book Review