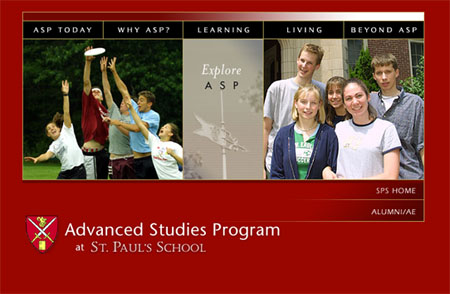 Welcome to the 52nd Session of ASP!

St. Paul’s School founded the Advanced Studies Program in 1958 to provide talented New Hampshire public and parochial high school juniors with challenging educational opportunities, and use of the Ohrstrom Library is integral to this enriching experience.  The staff of Ohrstrom Library welcomes ASP faculty and students and hope that you enjoy and take advantage of its collections and services this summer.