This month’s featured books explore cultural achievements and events in Black American history through a unique medium – the graphic novel. You can find our newly assembled graphic novel collection in the Baker Reading Room. Check out these notable stories this February and throughout the year.

Strange Fruit and Tales of the Talented Tenth series, by Joel Christian Gill 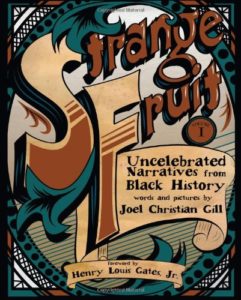 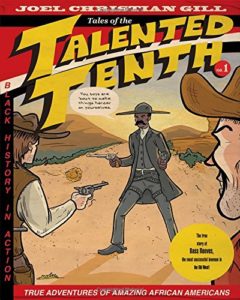 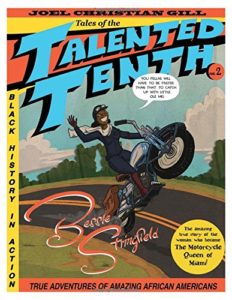 Strange Fruit is a collection of stories from early African American history that represent the oddity of success in the face of great adversity. Each of the nine illustrated chapters chronicles an exceptional African American. From the adventures of lawman Bass Reeves, to Henry “Box” Brown’s daring escape from slavery, to the tragedy on Malaga Island in Maine, these beautifully illustrated stories offer a refreshing look at remarkable African Americans. (Publisher’s website)

Author Joel Christian Gill further expands some of the biographies in Strange Fruit through his Tales of the Talented Tenth series, which spans two volumes so far: Volume 1 focuses on Deputy U.S. Marshal Bass Reeves, while Volume 2 tells the story of the “Motorcycle Queen of Miami” Bessie Stringfield.

Gill is also a local! He lives in New Boston, NH, and teaches at the New Hampshire Institute of Art in Manchester. You can listen to a 2015 NPR interview with Gill here. 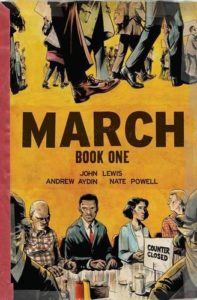 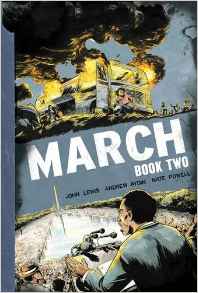 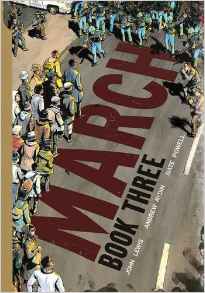 Congressman John Lewis (GA-5) is an American icon, one of the key figures of the civil rights movement. His commitment to justice and nonviolence has taken him from an Alabama sharecropper’s farm to the halls of Congress, from a segregated schoolroom to the 1963 March on Washington, and from receiving beatings from state troopers to receiving the Medal of Freedom from the first African-American president.

Now, to share his remarkable story with new generations, Lewis presents March, a graphic novel trilogy, in collaboration with co-writer Andrew Aydin and New York Times best-selling artist Nate Powell (winner of the Eisner Award and LA Times Book Prize finalist for Swallow Me Whole). March is a vivid first-hand account of John Lewis’ lifelong struggle for civil and human rights, meditating in the modern age on the distance traveled since the days of Jim Crow and segregation. Rooted in Lewis’ personal story, it also reflects on the highs and lows of the broader civil rights movement. (Publisher’s website) 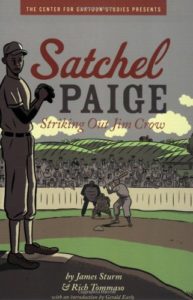 Baseball Hall of Famer Leroy “Satchel” Paige (1905? – 1982) changed the face of the game in a career that spanned five decades.  Much has been written about this larger-than-life pitcher, but when it comes to Paige, fact does not easily separate from fiction.  He made a point of writing his own history…and then re-writing it.  A tall, lanky fireballer, he was arguably the Negro League’s hardest thrower, most entertaining storyteller and greatest gate attraction. Now the Center for Cartoon Studies turns a graphic novelist’s eye to Paige’s story.  Told from the point of view of a sharecropper, this compelling narrative follows Paige from game to game as he travels throughout the segregated South.