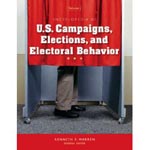 Read about: The Band-Wagon Effect, Candidate Image, The Bull Moose Party, Bellwether States (among which NH is listed), and the Whig Party.

A glossary and an appendix of voting related statistics from the U.S. Census Bureau are also included.