Here are some great new books that also happen to have great covers. These are all available at Ohrstrom Library on the New Books shelves in the Baker Reading Room. Come on over and check them out! 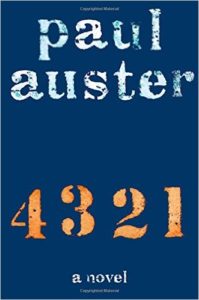 “Nearly two weeks early, on March 3, 1947, in the maternity ward of Beth Israel Hospital in Newark, New Jersey, Archibald Isaac Ferguson, the one and only child of Rose and Stanley Ferguson, is born. From that single beginning, Ferguson’s life will take four simultaneous and independent fictional paths. Four identical Fergusons made of the same DNA, four boys who are the same boy, go on to lead four parallel and entirely different lives.” (Amazon description) 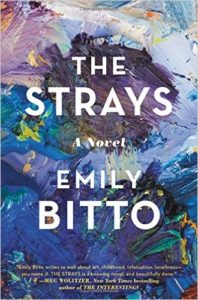 “A haunting evocation of life-changing friendship…THE STRAYS is a marvel of setting and characterization, re-creating a time of artistic revolution and personal revelation. Memorable and moving, this is a novel not to be missed.”― Booklist (starred review) 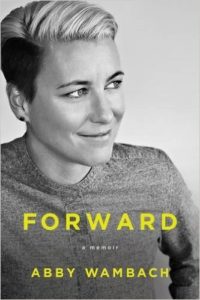 “Forward is the powerful story of an athlete who has inspired girls all over the world to believe in themselves…Abby is deeply honest about her professional and life challenges – and she shows us by example how to overcome problems and live a happier, braver life.” (Sherly Sandberg, Facebook COO and New York Times bestselling author of Lean In)
“Abby Wambach has always pushed the limits of what is possible. At age seven she was put on the boys’ soccer team. At age thirty-five she would become the highest goal scorer—male or female—in the history of soccer, capturing the nation’s heart with her team’s 2015 World Cup Championship. Called an inspiration and “badass” by President Obama, Abby has become a fierce advocate for women’s rights and equal opportunity, pushing to translate the success of her team to the real world.
As she reveals in this searching memoir, Abby’s professional success often masked her inner struggle to reconcile the various parts of herself: ferocious competitor, daughter, leader, wife. With stunning candor, Abby shares her inspiring and often brutal journey from girl in Rochester, New York, to world-class athlete. Far more than a sports memoir, Forward is gripping tale of resilience and redemption—and a reminder that heroism is, above all, about embracing life’s challenges with fearlessness and heart.” (Amazon description) 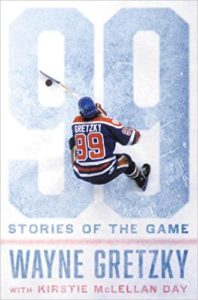 “ ‘The Great One’ weaves memories of his legendary career with an inside look at the sport of professional hockey, and the heroes and stories that inspired him.” (Amazon description) 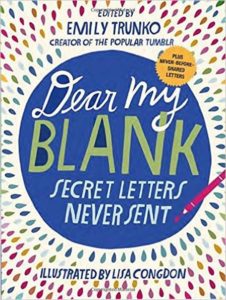 “From the popular Tumblr account of the same name comes a collection of heart-warming, tear-jerking, and gut-wrenching anonymous letters that people never intended to, or didn’t have the courage to send.
What first started as a Tumblr account with over 30,000 followers, is now a carefully curated collection of 150 anonymous letters covering a range of topics from heartbreak, unrequited love, and loss, to inspiration, self-awareness, and gratitude. Featuring exclusive content not available on Tumblr, these unsent letters are addressed to secret crushes, lost loved ones, boyfriends, siblings, parents, grandparents, and many more.” (Publisher’s website)