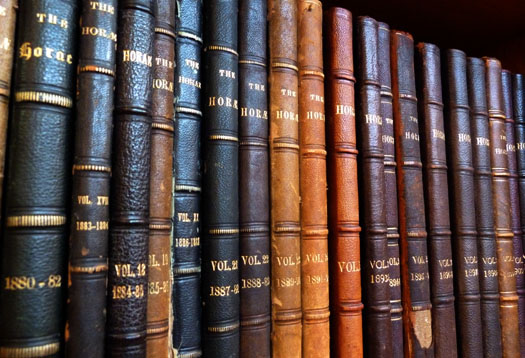 St. Paul’s School’s Horae Scholasticae is the oldest school or college literary magazines in continuous publication in the United States, the first issue having appeared on June 1, 1860. Prior to the publication of the Alumni Horae in 1921 and The Pelican in 1945, the Horae Scholasticae also served to chronicle the School’s history and news of school life, as well as publishing the early literary efforts of many noted 19th-century authors such as Francis Marion Crawford and Owen Wister.

The Nugalia (Lat., “stuffs,” “triffles,” “nonsense”) is one of the aboriginal columns of the Horae.  In the early issues “The Rural Record”, the School log or diary, supplied a large part of the news.

In 1872 the name of the department was changed from “School Items” to “Items,” and in 1877 it took its present title “Nugalia.”  The editors of those good old times embellished the scanty School notes with doggerel, puzzles, and current jokes.

In the spirit of the early editors of the Horae Scholasticae we have created a new feature located in the sidebar of Ohrstrom Blog. Throughout the year we will be publishing small but interesting excerpts gathered from past Nugalia columns and featuring them in the sidebar.   Check back weekly for a regular bit of insight into the history of student life at SPS – and the occasional dose of doggerel!