The following photo from the St. Paul’s School Archives, located in the basement of Ohrstrom Library, was scanned recently as part of the planning process for a digitization project.  From time-to-time we will be sharing some of these newly scanned images on the Ohrstrom Blog to provide a glimpse into the wealth of visual history contained within the Archives’ photo collections. 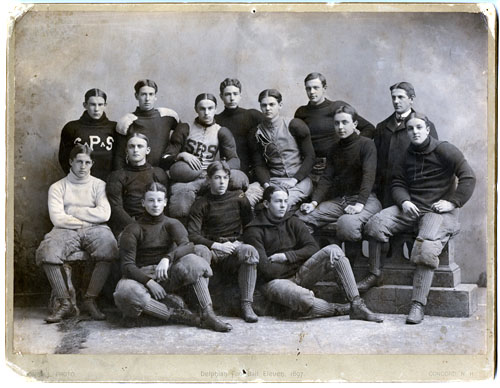 Although there are no names listed on the photo itself, The Record, St. Paul’s School, 1898, lists the members of “The Delphian Club Foot-Ball Elevens, Fall, 1897”  as follows:

Fall of 1897 was not a good season for the Delphians – they didn’t win any of the four games played, and scored zero points.  An average of the previous ten years has them in better standing, winning 18 of a possible 38 games, and putting them second to the Isthmian’s record of 30 out of 38.  This detail of the photo gives a better view of the clothing worn to play football at that time – very little padding and quite a few rips and  tears. 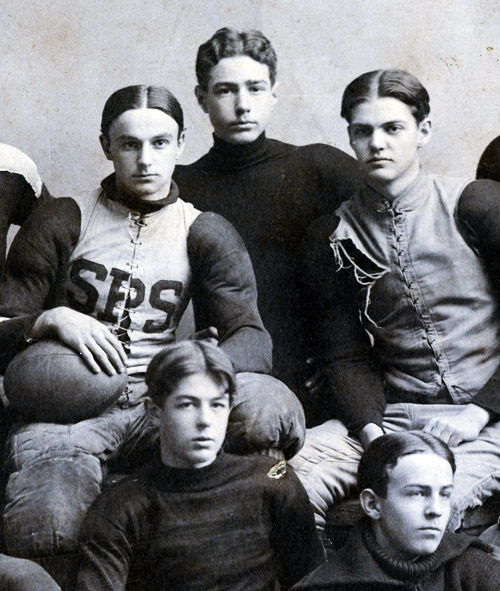