As construction continues on Dunbarton Road and the new Lindsay Center for Mathematics and Science, it brings to mind other major construction projects from the history of St. Paul’s School.  Although difficult to tell from inside or outside of the New Chapel, an entire section was added to the nave forty-two years after original construction began.  The images below depict the expansion at its most dramatic point:

In 1928 the New Chapel was expanded to accommodate the increasing number of students at St. Paul’s School.  The Sesquicentennial Exhibit offers this description of the photos:

In 1928 the Chapel was deconsecrated and workmen began to slice through the brick walls. The School held its collective breath as the eastern end of the vast structure, seemingly too narrow to hold itself erect, was slid upon tracks to its new location. The task of reconstruction then went forward as the void between the two parts of the old building was filled with Gothic tracery. 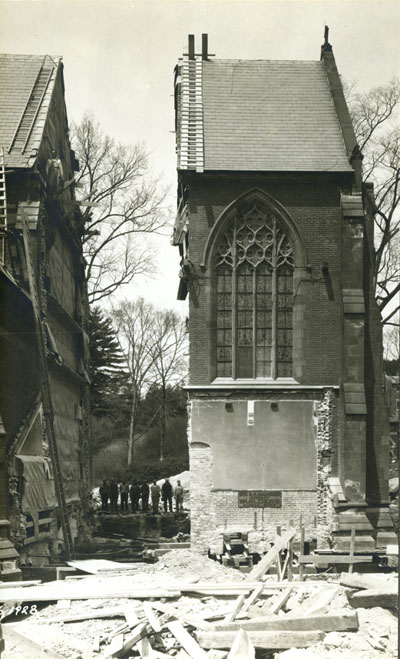 See if you can spot this particularly brave fellow in the picture above! 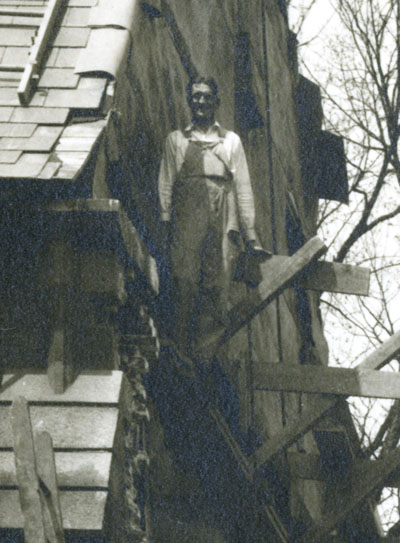