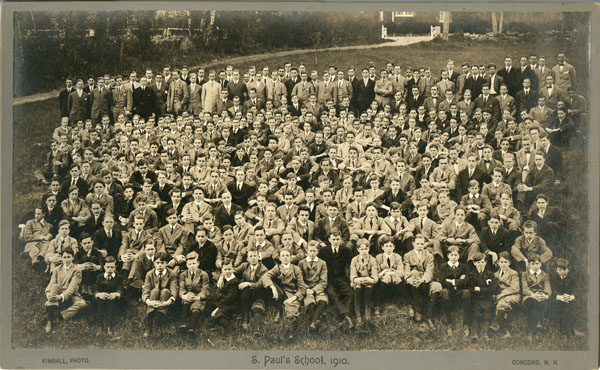 The Record of 1910 and 1911, School publications covering the 1910-1911 academic year,  provide some insight into what student life was like one hundred years ago.  The Reverend Dr. Henry Ferguson was Rector, only the third Rector in the School’s then fifty-four year history.  Interestingly, Ferguson served as Rector from 1906 to 1911, a one-hundred year parallel to our current – and retiring – Rector, William R. Matthews, Jr. 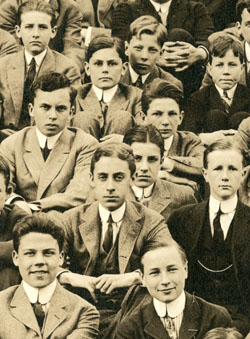 Club sports were a very large part of student life in 1910, and The Record is full of statistics from the various competition results. For example, in addition to the main SPS football team of eleven students (whose average weight, The Record informs us, was 165 lbs.), each of the Clubs – Isthmian, Old Hundred, and Delphian – had three football teams: First, Second and Third Elevens.  That must have made for a lot of football games!  The Isthmian First Elevens won the championship that year with a 4 – 0 record, scoring a total of 33 points. In 2010, the Club Cup was organized to help renew interest in the long tradition of Club spirit at St. Paul’s School.

One hundred years ago, on December 5th, The Record notes the first skating on School Pond, and two days later the last two hours of classes were given off as a skating holiday.  On December 8th, Long Pond was “entirely open for skating.” Although Lower School Pond has only a thin skim of ice today, it won’t be long before the rinks are set up and the sound of freshly sharpened skates scraping against the ice will be heard outside Ohrstrom Library.  For all the differences that have emerged over the last one hundred years, there are still some things that would be comfortingly familiar to the students of 1910.