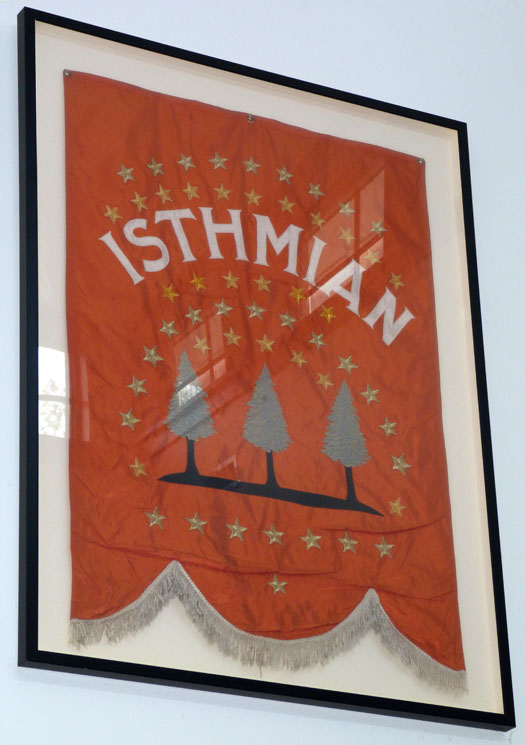 Most people who look up and notice the club banners on display in the lobby of the Blass Club House probably associate them with the club sports competition begun at St. Paul’s School in 1888. In actuality the Isthmian, Delphian and Old Hundred banners have nothing to do with sports. Their origins have more in common with this year’s revived Club Cup competition than with the sports-only club rivalries that are a better-known part of school history.

The club banners were the inspiration of Samuel Smith Drury, Rector of St. Paul’s School from  1911 to 1938. In the Spring 1921 Alumni Horae he described his new plan to use the existing rivalries from the club sports competitions to inspire academic excellence among the students:

It occurred to some of us that we might utilize commendable athletic club rivalry in the realm of studies. So we took all the examination marks and by reckoning to what club each boy belonged, we found that a certain club led the School in studies. At the reading of the ranking I had the banner of that club on the desk, and then handed it to Davis I, the captain of the Hockey Team, asking him to place that banner in the Big Study until another club by its average won the privilege. 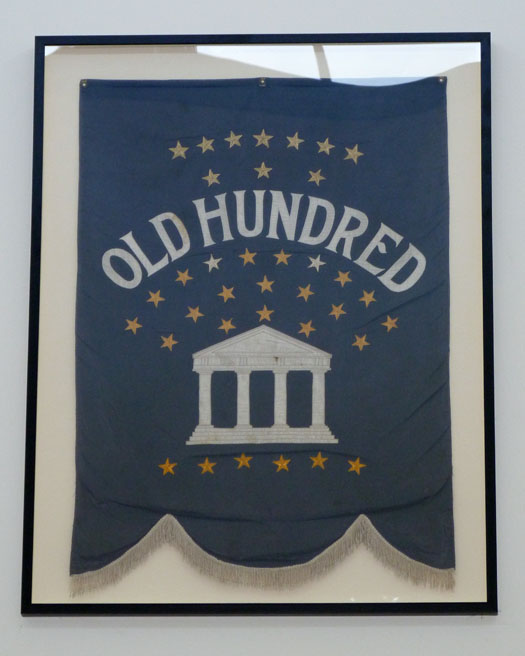 In a letter dated December 21, 1922, Drury asks John Gregory Wiggins, family friend and original carver of the Form Plaques located in the Upper Dinning Hall of Coit, if he would send along “any designs you may have of your rendering of the Old Hundred, Isthmian and Delphian emblems to be used on scholastic banners.” A few months later, in the Spring 1923 Alumni Horae, the School in Action entry announces:

At the recent half-term ranking the silk banners presented by Mr. F. Kingsbury Curtis (79) were used for the first time. The body of the banner is of the club color, the name in white letters above and the club emblem below. The Delphian Club led in scholarship for this period, an honor held by the Isthmians at both rankings in the Fall.

This documents the first time the club banners that we now have on display in the Blass Club House were used to reward academic excellence among the club teams. Later, in the Winter 1930 edition of the Alumni Horae, Drury reminds readers of the purpose of the stars on the banners:

You will remember that at each ranking one of the three Clubs wins a star for its banner by out-ranking the other two in studies. 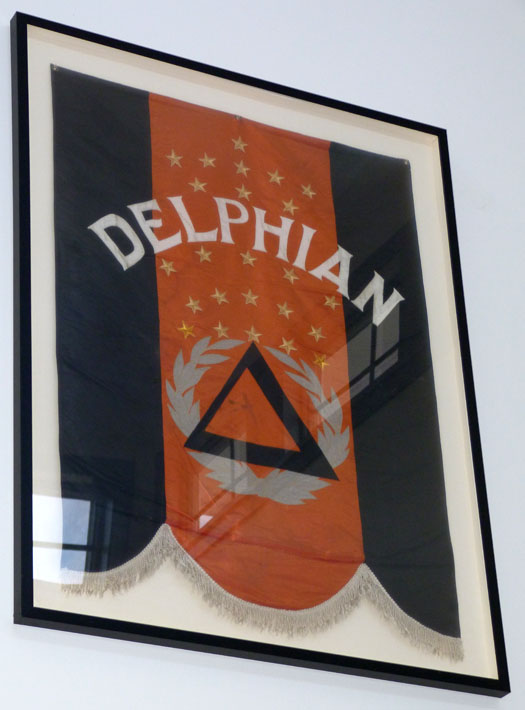 It isn’t clear how long this tradition was carried out at St. Paul’s School, or how frequent the rankings took place, but by counting the stars it is clear who dominated the competition: Isthmian had 54 stars,  Old Hundred had 36 stars, and Delphian had 24 stars.

Elements of the tradition started by Samuel Smith Drury have been revived by the new Club Cup competition this year, which awards points for scholastic as well as athletic achievements.  Drury’s enthusiasm for the academic banners comes through in his writing in the Alumni Horae, and it is easy to imagine that he would be just as excited by the new Club Cup competition.

Read more about the history of the club system HERE.